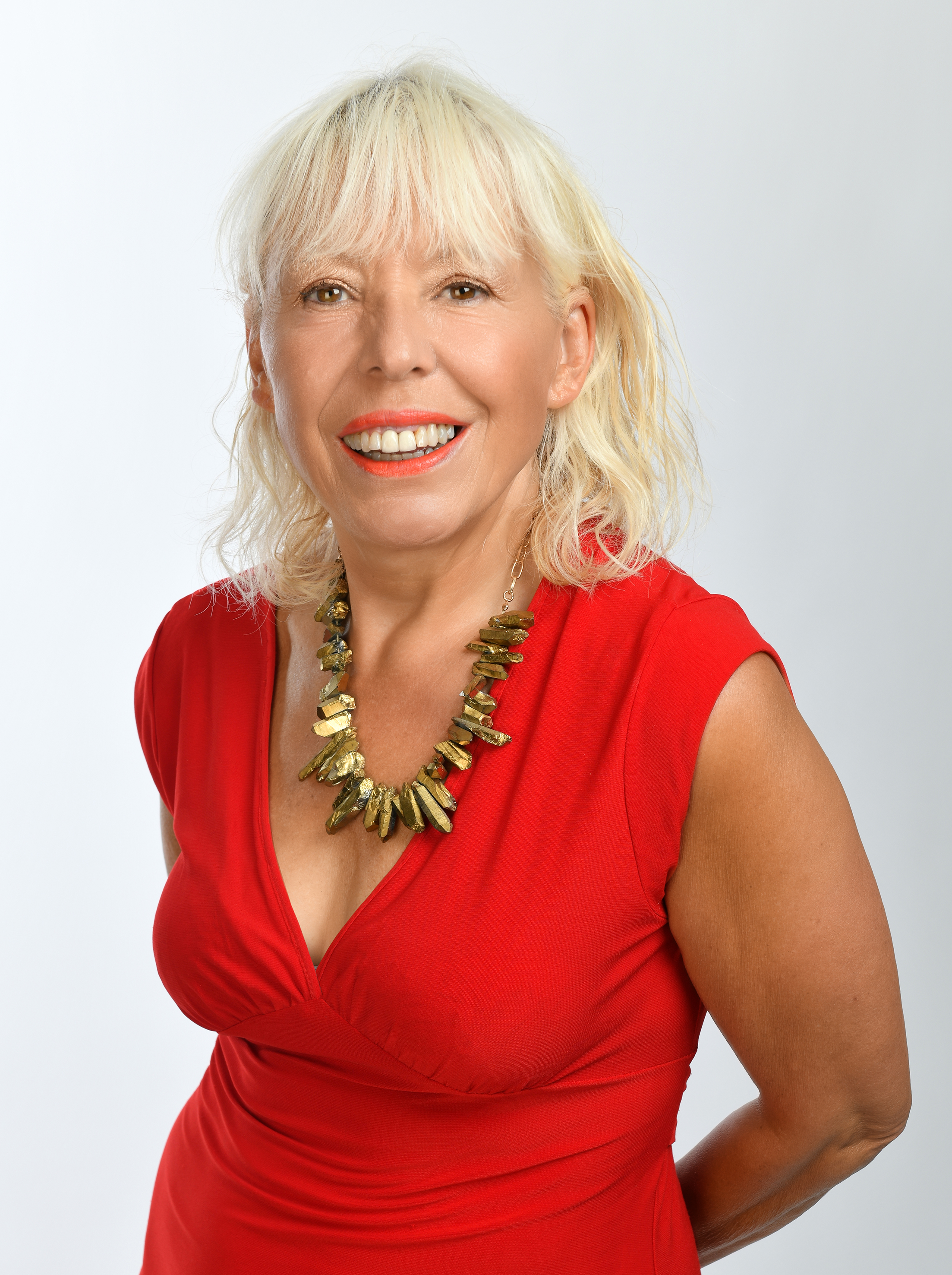 HOW TO HIDE A LION | Polka Theatre | UK Tour 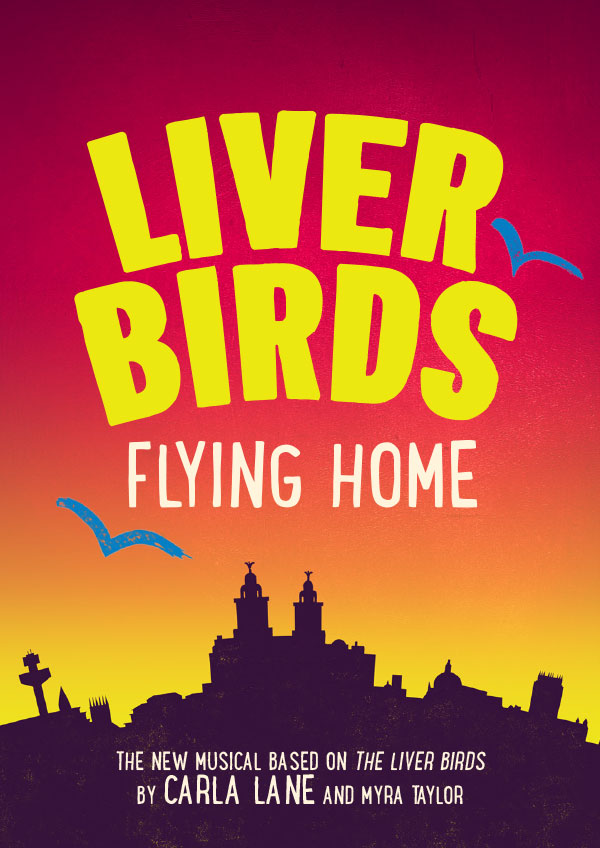 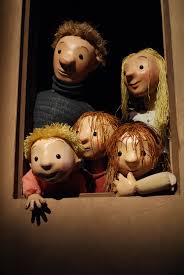 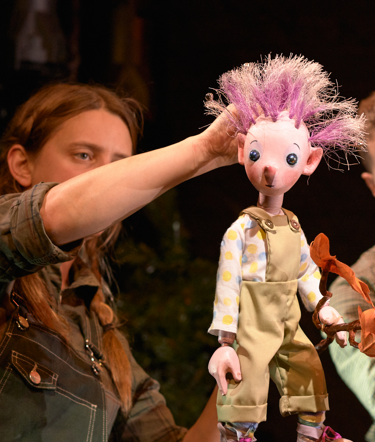 “No Frontiers” was the title of an extraordinary collection of songs Barb Jungr performed for the 65th Anniversary of Souvenir Press at The Royal College of Music Theatre in 2017; it would be equally applicable to the superb singer herself. Barb Jungr challenges easy categorisation. As Glam Adelaide recently quipped.

“It’s as if Edith Piaf and Nick Cave had a lovechild who was adopted by Carmen McCrae.”

Her newest collection, Bob, Brel, and Me premiered May 2019 at Purcell Rooms, South Bank Centre, at the Brighton Festival in May, and was released world-wide on Kristalyn/Absolute in September 2019 followed by a national tour throughout autumn 2019 and into spring 2020 until Covid-19 stopped live performances. In Bob, Brel, and Me, Jungr explored new translations of Jacques Brel classics and presented previously untranslated works, with new arrangements of Dylan songs she had longed to do, alongside new material of her own. With a cast of top musicians, the eagerly awaited collection received 4 and 5 star reviews in concert and on CD.

All About Jazz 4 and a half stars ****
"Although it has been true of her albums for many years now, it is worth emphasising that there is not one track here that does not match up to the high standards Jungr sets for herself and her fellow musicians.” (John Eyles)

Musician, writer, composer, and lyricist Barb Jungr has been critically lauded for her insightful and passionate interpretive style, described as “revelatory” by the New York Times. Her deconstruction/reconstruction of popular songs and unusual and beautiful musical arrangements are characteristics that allow the listener new insights into familiar music. In recent years, Jungr has brought her singular talents to the songbooks of Bob Dylan, Leonard Cohen, Nina Simone, Jacques Brel, and more, creating the genre of the New American Songbook.

Starting out a singer and performer on the alternative cabaret circuit, Barb earned numerous plaudits, including a then-legendary Perrier Award. Never one to sit still, physically or artistically, she has evolved through the years into one of the UK’s finest and most distinctive singers. Her exhilarating vocal style fuses her sense of jazz, blues, and soul with elements of everything from musical theatre to African and Iranian folk singing.

Born in Rochdale to Czech and German parents, Barb played the violin and mandolin at an early age. She sang in folk clubs at school and in jazz and blues bands at college and then in London. Her recording career began at CBS in the late 1970s. She subsequently toured with Kid Creole (in The Three Courgettes); teamed with Michael Parker, she supported Alexie Sayle and Julian Clary, among others. Over four decades, she has never ceased performing live, locally and internationally, as well as appearing regularly on radio and television.

“The brilliant jazz singer on world-beating form. Barb Jungr proves she’s a genuine jazz marvel….A true musical alchemist. She is truly a marvel, who should not be missed”  **** 4 stars The Telegraph

Adding to her growing body of work as a lyricist and composer  she had two Christmas shows running in December 2019 - The Pixie and The Pudding at The Little Angel Theatre which she co-wrote and for which she wrote all songs and music, and We’re Going On A Bear Hunt (co-adapted and wrote songs and music) which toured throughout autumn 2019 culminating in a run at Stratford Circus. In 2018 Jungr co-adapted and wrote songs and music for Michael Rosen’s Chocolate Cake with director Peter Glanville for Polka Children's Theatre alongside which she co-wrote (with Mike Lindup of Level 42) the book and the songs of Liver Birds Flying Home, which ran for five weeks at Liverpool’s Royal Court Theatre in spring 2018. How To Hide a Lion, on which she collaborated again with Peter Glanville and wrote the songs and music, toured the UK in autumn 2018.  For The Little Angel Theatre she co-adapted The Singing Mermaid with director Samantha Lane and wrote the songs and music; the show ran over Christmas season  in 2018 at Sheffield Crucible Theatre and subsequently toured the UK. For more info and all videos please go to http://www.barbjungr.co.uk/writing_and_musical_theatre.html
In 2017 and 2018 Barb appeared all over the UK and in Europe promoting the re-release of her Bob Dylan “cult classic,” Every Grain of Sand. She appeared in major cities in the USA premiering three new collections with John McDaniel: Sting’s repertoire in Float Like a Butterfly - the Songs of Sting, which is now released as a CD on Kristalyn records; Peaceful Easy Feeling, a collection of 1970s material; and Let The Sun Shine In, a celebration of the songs of 1968.

With a devoted following in the UK, Barb has also built a major fan base in the USA and earned many awards there for her CDs and performances (Broadway World award for Hard Rain in 2014, the Time Out New York Cabaret Nightlife Award for Outstanding Vocalist, and Backstage Award for Best International Artist, to name just a few).

The Village Voice opined: “One of the best interpreters of Jacques Brel and Bob Dylan anywhere on this angst-ridden planet today.”

Time Out New York called Barb “One of the world’s great cabaret singers.”

The New York Times said Jungr “is a fearless iconoclast who dives into the deepest waters of popular song to wrest exotic treasure from the ocean floor.”

The Wall Street Journal considered her Bob Dylan album Every Grain of Sand, now regarded as a cult classic album, “the most significant vocal album of the 21st century thus far”.

Barb has toured Australia several times and has appeared regularly in Berlin, and at The Halle Women In Music festival in 2019.

She has worked with many of the finest musicians and composers of the UK. With Mark-Anthony Turnage, she wrote About Water, which she sang at the reopening of the Southbank with the London Sinfonietta. Recently she was the featured artist in a major collaboration with the Royal Philharmonic Orchestra and Corby musicians and singers in the Deep Roots Tall Trees project, for which she was artistic director and lead songwriter for seven years.

Barb’s extensive radio and TV appearances in the UK include BBC Radio 4 Start The Week, A Good Read, Saturday Live, Front Row and Woman’s Hour. She is a frequent contributor to Radio 4’s flagship arts programme, Saturday Review. On BBC4 TV she has appeared as an expert on Piaf and Nina Simone and on the singing voice. She was featured in the special Bob Dylan concert filmed at The Barbican Concert Hall for both BBC4 TV and BBC 2. In the USA she is currently featured in an hour-long performance for the nationally shown TV series, The Kate, an arts series on US national PBS, presenting ‘bold performers with something to say’.

Jungr continues to have “something to say” musically and theatrically and long may that continue!

How to Hide a Lion

'How to Hide a Lion' opens March 11th at London's Polka Theatre, with Barb Jungr as Co-Adaptor/ Composer and Will Evans as Lighting Designer.

The Smartest Giant in town

'The Smartest Giant in Town' announces West End run following its run at Little Angel and a UK tour, with Collective's Barg Jungr as Co-Adaptor and Composer.

There May Be A Castle

The stage adaptation of Piers Torday’s children’s book ‘There May Be a Castle’ premiers at the Little Angel Theatre, London for which Barb Jungr is Composer and Co-Writer.

The Smartest Giant In Town

Co-written and composed by Barb Jungr, the stage adaptation of Julia Donaldson's book, The Smartest Giant in Town plays at the Little Angel Theatre followed by a UK tour
Barb Jungr (Writer and Composer)